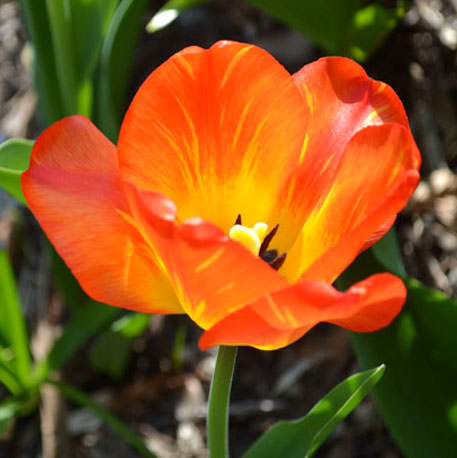 Psalm 28 ends by saying, The Lord will give strength to his people; he will bless his people with peace. We don’t normally think of strength and peace going hand-in-hand. So what kind of strength leads to peace?

The peace we are looking for is that of staying happy when we don’t get what we want, when other people don’t do or say what we want. We say that others are “driving us crazy.” But it is our inner disquiet over their actions that disturbs us, not the actions themselves. God gives us a way out of our distress: trusting that he who made the universe knows what he’s doing better than we do, who showed up in it as newcomers only recently.

A man named Abbot John, a control freak, apparently, wrote to St. Barsanuphius, an Egyptian hermit who lived 1600 years ago, asking him how he could get the people he was supervising to shape up. Abbot John thought he’d be happy if everyone did things his way. He thought everyone else should change, but it turned out his distress came from his unwillingness to change himself and his outlook.

These two points describe the kind of strength needed to maintain inner peace: training our thoughts away from judging the actions of others – or as St. B. puts it, “Thrust away the contrary thought.” He admonished the Abbot to generously work with others in all patience, but not to force them to change. To do his best and leave the outcome up to God.

So if the strength leading to peace is a strong mental muscle that thrusts away attachment to what others do, where does the peace come from? St. B. reminds the abbot of the Apostles in the boat during a storm. They are terrified of the wind and waves and awaken Jesus, who calms the storm. Only invoking God’s help can calm the stiff winds and billowing waves of our distress over others’ actions.

St. B.’s main advice is to pray for guidance, then do what seems best, trusting that God knows what he is doing, even when it doesn’t make sense to us at the moment. Pray, work, and leave the outcome to God. That, like not judging others, takes a lifetime of practice, but it’s the only way to accept the peace promised in the Psalm.

Our saint tells Abbot John: “Refer to God every thought, saying ‘God knows what is best,’ and you will be refreshed, and little by little will come to you the power to endure.”