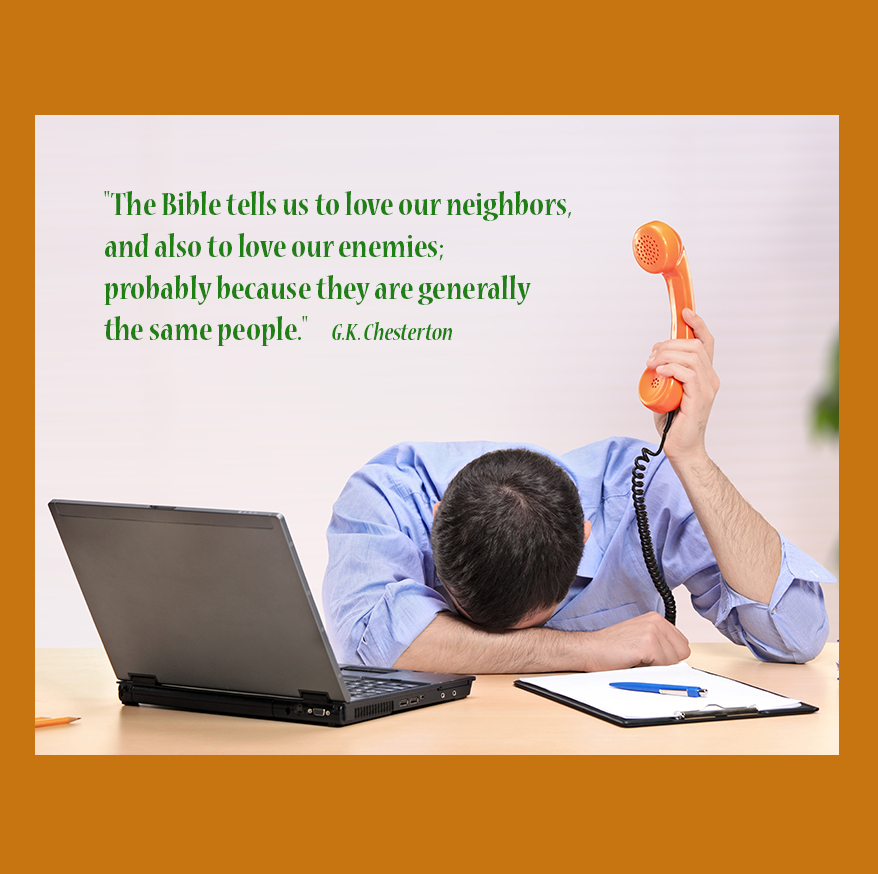 G. K. Chesterton (1874-1936) is the most quotable writer in the world, even decades after his death. He’s called the apostle of common sense because he writes of the mysteries of existence in a down-to-earth and funny way.

A Catholic convert, his cause for sainthood is in its first stages. To celebrate his birthday this Tuesday, I gathered some memorable things he said to share with you below.

I “met him” as I was feeling the pull of love and truth that led me into the Catholic Church many years ago. His book Orthodoxy was a solid stepping stone on that journey. It explains the plain common sense of faith in a way I’d never heard before.

Gilbert Keith Chesterton was a prophet. The topical things he wrote about over a century ago on the dignity of human freedom, the responsibility that true love and freedom bring, and the importance of play—are even more relevant now than they were then.

If you love thinking and love laughing, Chesterton will make you do both at once. If you’re wondering, “Who is this guy and why haven’t I heard of him?” click here to learn more.  You’ll be glad you did.

If you already love Chesterton, scroll down to the comment box and share a favorite quote, poem, or book.

“The act of defending any of the cardinal virtues has today all the exhilaration of a vice.”
– A Defense of Humilities, The Defendant, 1901

“Fallacies do not cease to be fallacies because they become fashions.”
– Illustrated London News, 1930

“By experts in poverty I do not mean sociologists, but poor men.”
– Illustrated London News, 1911

“The whole structural system of the suburban civilization is based on the case for having bathrooms and the case against having babies.”
– G.K.’s Weekly, 1929

“What embitters the world is not excess of criticism, but an absence of self-criticism.”
– Sidelights on New London and Newer New York, 1932

“Alone of all creeds, Christianity has added courage to the virtues of the Creator. For the only courage worth calling courage must necessarily mean that the soul passes a breaking point and does not break.”
– Orthodoxy, 1908

“The Christian ideal has not been tried and found wanting; it has been found difficult and left untried.”
– What’s Wrong With The World, 1910

“Love means loving the unlovable—or it is no virtue at all.”
– Heretics, 1905

4 Responses to “Apostle of Common Sense”