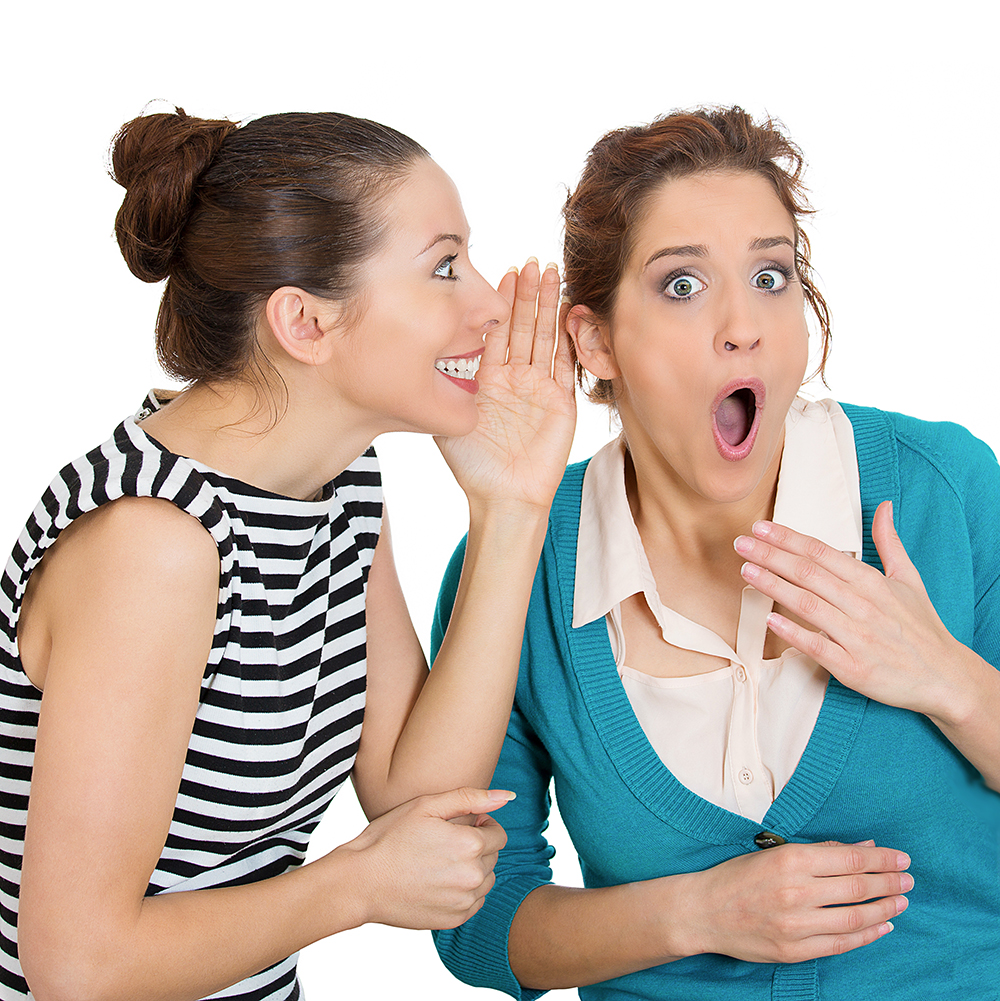 Here’s how to hurt a friendship: backbiting, calumny, detraction, and tale bearing. They are all ways of damaging someone’s reputation. They remind us to think twice before opening our mouths to opine about someone else.

Backbiting means saying bad things about someone in secret.

For years, I thought it was OK to say true bad things about people – turns out that’s called detraction. It’s not OK unless I have a good reason, like making a police report. And calumny – backbiting that’s a lie – is a total no-no.

Tale bearing is backbiting that is intended to damage a friendship between two other people. Jealousy is usually the motive – tempting sometimes, but not a grown-up thing to do.

My friend Nancy managed over 100 salespeople in an office for years. I asked her how she avoided backbiting. She said, “I tried to treat people the way I would want to be treated. I wouldn’t want anyone talking behind my back.” She added, “And I avoided the chatty group at the water cooler.”

Such a simple solution! And how about going a step further by saying something positive when someone springs juicy gossip on you? That way, we not only avoid the damage, but are part of the healing.