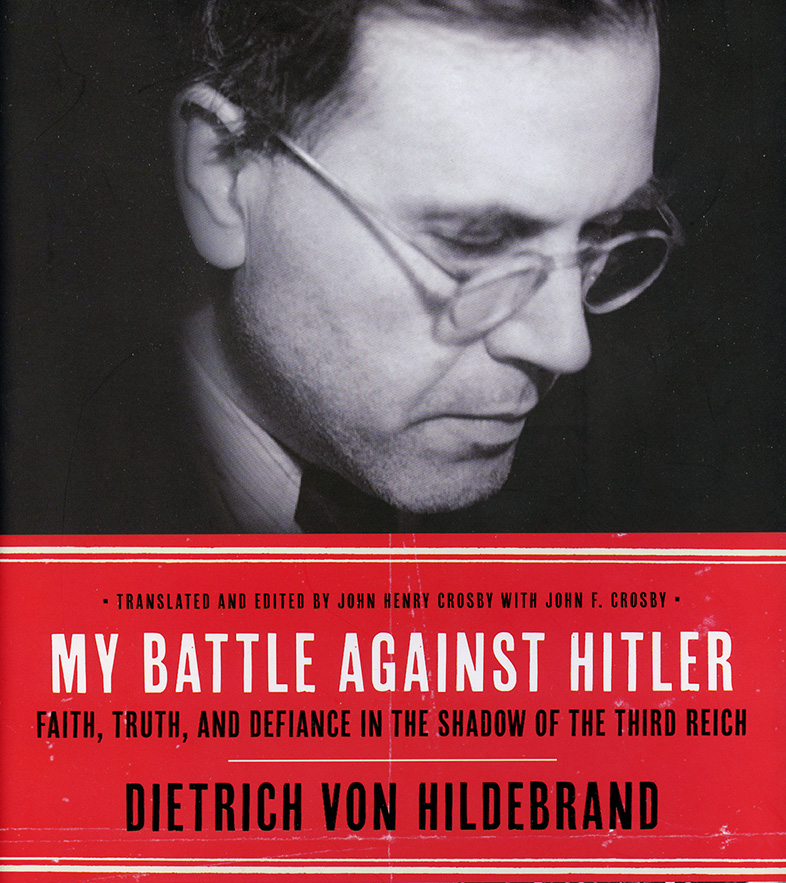 I just finished reading My Battle Against Hitler by the philosopher Dietrich von Hildebrand, who went toe-to-toe with the Nazis by means of his political activism, lectures, and writing. The German ambassador called him “the greatest obstacle to National Socialism in Austria.” Below is the short review I wrote for Amazon of this remarkable book. I learned a lot about the virtue of courage reading his personal history of that time:

Reading von Hildebrand’s memoir, which he wrote for his wife, Alice, is a little like being a child overhearing adult conversation about events and people you don’t know. But the underlying meaning comes through loud and clear: amidst crushing uncertainty for his family’s physical and financial safety and facing opposition even from his friends, von Hildebrand loudly and publicly stood up for the God-given dignity of each person, which the Nazi regime was denying.

What I learned: I understand in a new way the pettiness, ignorance, and thuggery of Hitler himself and his regime. It was even scarier than I had thought — concentration camps are not the whole story.

The best part: Following the memoir are 14 articles written and published by von Hildebrand as he fought the Nazis during their ascendance. The gem of them all is “The Jews and the Christian West,” written in 1937, in which he shows how Jewish beliefs, culture, and thought (like those of the Greeks) form a foundation of Western civilization. I highly recommend this book as a lesson in history and clear thinking — and as an inspiration to promote human dignity at any cost.