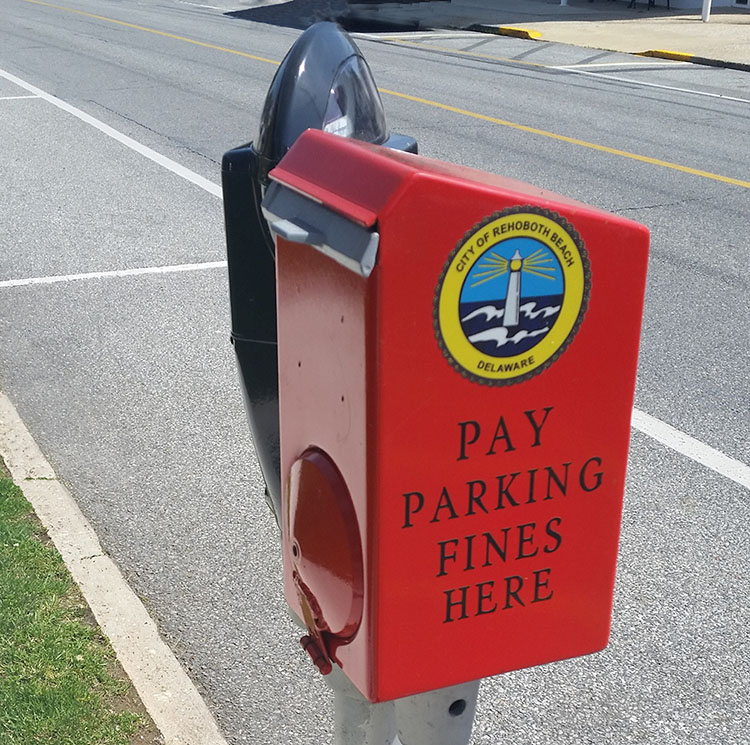 In some small towns you can still find parking fines on the honor system. I took this photo last week in Delaware. The town’s website doesn’t say how much the fines are, but twenty years ago in a small town in Virginia, an honor-system parking fine was a dollar!

OK, so it may not be truly the honor system — they have your plate number. But I’m guessing that if we’re from another state and we skipped without paying, we wouldn’t hear any more about it unless we came back. But the parking meter is trusting, expecting us to pay.

Honor-system fines reflect perfect justice. Justice is giving everyone his due — what you owe him or her. Justice is powerful because it affects every choice we make. It determines how greedy or generous we are and whether we’re able to admit we’re wrong. Because justice is not just about things, it’s about giving each person the respect and love they deserve.

In small-town Virginia, if you go to drop off a chain saw for repair and the repair shop is closed, you leave it at Nick’s Good-Food Diner next door. Nick will get it to the shop when it opens. Nick and his customers’ sense of justice enables them not to take someone else’s saw.

That’s not to say rural people are necessarily more honest. I’ve had my wallet returned intact in Washington, DC, and heard a poor man from the country say, “I planted turnips and my neighbor came and stole them in the middle of the night.”

If we’ve overstayed our welcome in a parking space, a fine is the just cost of my intrusion on someone else’s ability to park. Virtue calls us first to humility, which is seeing ourselves as we are. We need to be able to say, “Yep, I was there after the parking meter ran out” and pay up.

I once made a left-turn at a police barricade. But because there was plenty of room for me to get through, I didn’t think the barricade was meant for left-turners. Wrong-o! One of them motioned me over and gave me a ticket. I claimed that the extent of the barrier was not clear. He said the barrier spoke for itself – to mean the whole road.

So who was right? I was a lot more interested in being right than in trying to see it his way.

Sometimes our lack of humility shows up in getting angry at others for what we did wrong, or for what we missed because our attention was somewhere else. But blaming others isn’t a long-term plan for happiness. It’s usually better to own up, pay up, and move on.

6 Responses to “The Honor System”