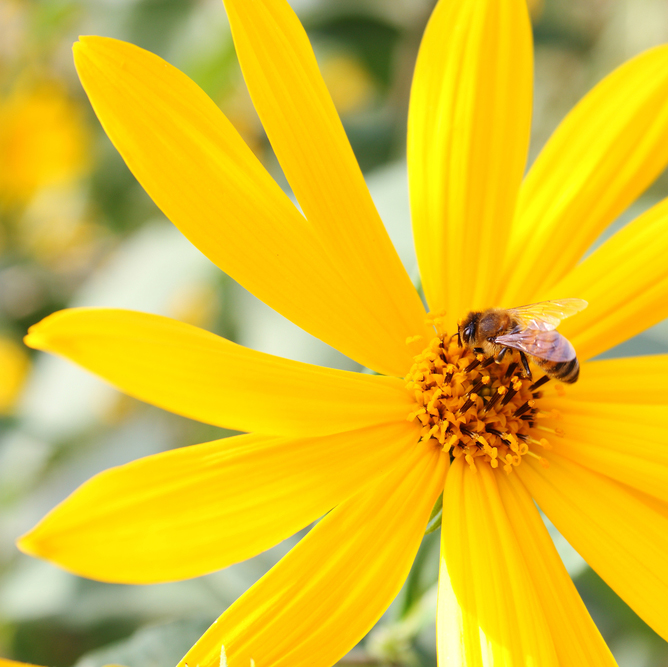 I came crashing into the Catholic Church in 1990, two years after reading The Story of a Soul. Having been blown away by St. Thérèse of Lisieux and her radical love, I recognized the truth of that love and knew my life had to radically change.

I thought it impossible, though, that she would lead me to Christ and His Church. However, after Thérèse showed me that the sacrificial love I found so compelling in her was in fact the love of Jesus Christ, I knew the “impossible” was happening—I was going to be Catholic. My heart already was.

Before long, I started to relish the counter-cultural aspect of “crossing the Tiber.” Books including St. Faustina’s Divine Mercy in My Soul, St. Catherine of Siena’s Dialogue, and St. Teresa of Avila’s autobiography were my early spiritual food. The rebel in me became ambitious to be the best darn Catholic anyone had ever seen. And by absorbing the wisdom of the saints in their own words, I expected that with enough prayer and especially will power, I would make a bee-line to sanctity in, oh, a couple of years—tops.

Problem is, bees don’t always fly straight. Or fast. They ascend, descend, zig-zag, and hover a lot. And they’re never so rich in pollen that they don’t have to go out in search of today’s supply.

When it dawned on me that the saint thing wasn’t going to happen any time soon, the reality of two steps forward, one step back set in. But with God’s grace, it’s a wavy line that tends upward, and that’s what matters.

Twenty-seven years later, my spiritual journey still has its ups and downs. For example, during a vacation last month, I resolved to “schedule what’s important” for October. I made a calendar. The idea, which I got from Michael Hyatt, is to put things like adoration or exercise on the calendar first, so we have an “appointment” around which all our other demands are scheduled instead of winging-it day by day. But when I got home from vacation, I got busy and forgot about the calendar!

I found it a week later. Then I forgot about it again. I finally put it out where I could see it, but buried it under other papers. When it surfaced, I’d see what “important thing” was scheduled for tomorrow and think, “Well, I won’t have time for a whole hour of adoration—something else has come up.”

That’s just my latest zig-zag. But as the years go by, I put more emphasis on the steps forward (gratitude) and am more accepting of the steps back (humility). I’m grateful for the step-forward of making the calendar in the first place because it gives me a better shot of following it from now on instead of just “trying” to spend as much time praying as I need to.

Be assured that I am praying for you for the courage to take the next step forward in your spiritual journey. Please pray for me.

St. Augustine wrote to a woman friend named Proba about the importance of growing her prayer life (below). I hope it inspires you to schedule what’s important!

Scroll down and let me know what your biggest challenges and successes have been in increasing your prayer time. 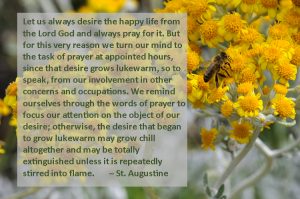 10 Responses to “My Wavy Line to Holiness”