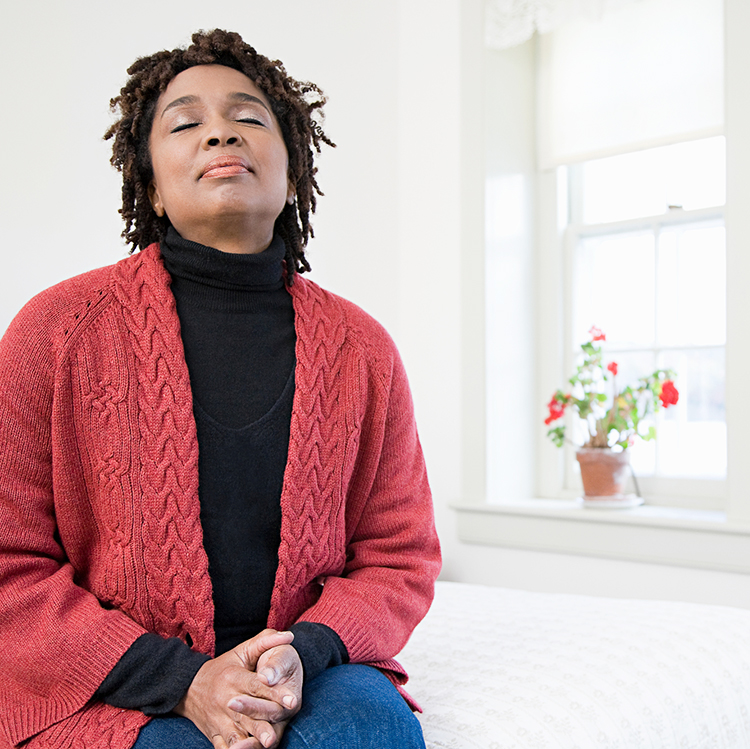 Do you know of Sister Wendy Beckett, whose art commentary wowed viewers of public TV in the nineties? Sister Wendy, now 88, lives as a hermit in a trailer on the grounds of a Carmelite monastery in England. She says the reports of her spending seven hours a day in prayer are not quite accurate.

“In actual fact, I consider my whole time as prayer, because I think prayer is a direction,” she told an interviewer in the October 2013 issue of St. Anthony Messenger.

Making coffee is prayer?
“When I get up to make a cup of coffee,” she says, “I don’t consider that my prayer has stopped for making coffee. No, it is another form of prayer. First it was an intense silence, and now it’s a freer silence, but it’s equally a way of opening myself to God.”

It’s tempting to think, “Woo-hoo! I get to call anything I want to do a prayer. If coffee is a prayer—I’m in!!”

Not so fast, you saint-in-the-making. We can’t overlook the first part: intensely silent prayer is the gateway to all other prayer and virtuous action.

However we work with God to do it, however we best listen to him in silence, all other authentic prayer and action will grow out of that silence. In silence, we pry our white knuckles off the steering wheel and put God in the driver’s seat. We operate on God’s power, not expecting God to follow our way.

Silence fuels prayer and action
Keeping that in mind, Sister Wendy’s next comment is worth considering:

“I think books on prayer are very dangerous, because people read them and think that’s praying whereas prayer needs nothing.

“So I say, don’t read books on prayer. Don’t try to protect yourself against God by thinking you need to know how to do it or being afraid that you don’t know how to do it. Anyone can do it. God does it. Simply be there and let God do it. Prayer is God’s business, not our business. All he wants is to give himself to us. We just have to be there to receive him.”

Don’t read books on how to pray? Sister is getting our attention here for her main point: Don’t be afraid to pray as a simple soul before our loving God.

You have enough. You ARE enough. We should avoid using books, she says, when they help us put off having an intimate relationship with God. Books on prayer can be useful, but not if we’re using them to “protect ourselves against God.”

The scary part
My prayer life looks pretty good from the outside. But I realized I was missing the crucial ingredient: silence. Silence may be golden, but it’s also scary, which is why some are tempted to read books instead of just standing in front of God in awkward-blind-date mode.

Or we might avoid silence before God because we just can’t give up control.

The cure
Two weeks ago I made a commitment to be silent, letting God shine on me for five minutes a day. I had gotten out of the habit and noticed I was a little twitchy as a result. Just a few minutes a day (more if you can) makes a huge difference in our outlook and behavior.

If you haven’t tried just “letting God shine on you” in silence lately, I invite you to try it. It has kept Sister Wendy plugged into the God socket, feeling loved instead of stressed, for decades. It works for non-hermits like us, too.

More next week
I hope you’ll join me next week when we hear why Sister Wendy thinks we don’t need special virtues! We’ll let her ’splain herself out of that one (which, in case you’re wondering, she will do very nicely….).

Until next week, peace, love, and SILENCE.

Love always,
Rose
P.S. Scroll down and share your experiences with silent prayer. This is your chance to ask a question or help someone else with theirs!

18 Responses to “A Little Silence Every Day Changes Everything”