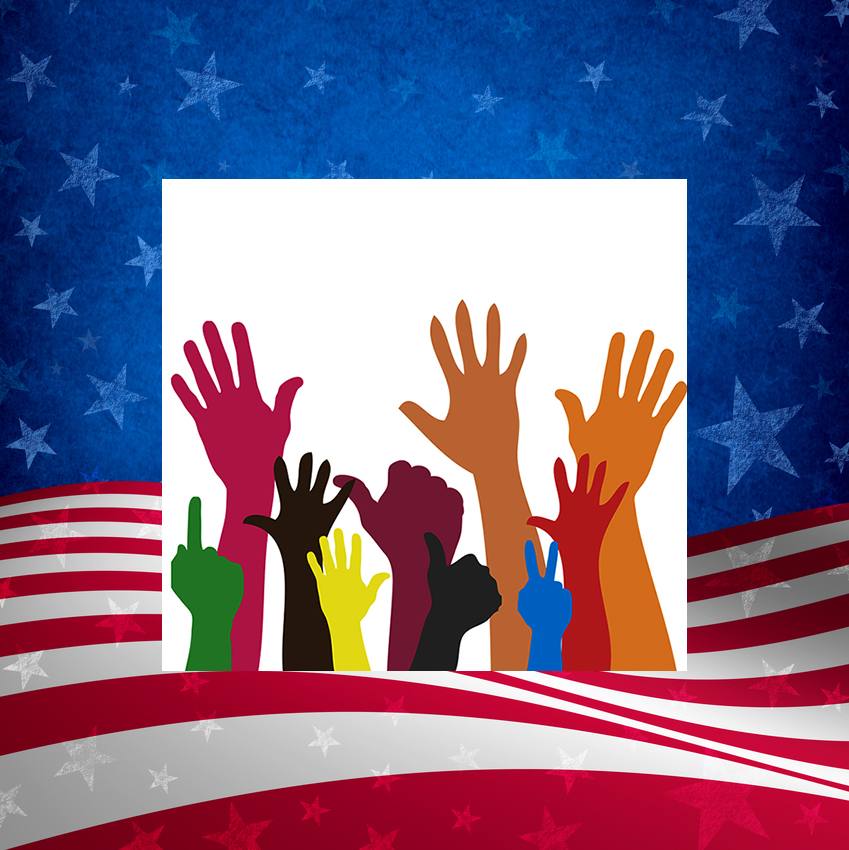 In a recent Bible study of all places, a woman became so enraged at a presidential candidate that she unwittingly took on all the tone and stridency of the very person she despised. Face contorted, finger jabbing, she became a caricature of her enemy — because she allowed what she hated to take front and center in her thoughts. That’ll happen to any of us if we keep our eyes on the wrong prize.

In contrast, a Day of Reflection I attended last weekend offered a vision of confidence and peace. Three priests confirmed the power of Hope. They reminded us that we don’t have to be sucked into the political drama. That we can remain passionate and firm in our convictions but avoid “becoming what we hate” if we keep our eyes on God.

He reminded us to keep our homes a sacred place – that our behavior, lives, and families are a light in any darkness we see around us. We are not perfect, but we are not powerless.

Gratefulness – reminding ourselves of the things we don’t deserve but have anyway – changes our emotions. Calling to mind an undeserved act of mercy makes us happier. Cultivating good thoughts keeps us from being hijacked by a fearful response — from going ballistic about someone who isn’t even in the room. A 2007 Harvard study found that people who consciously recall things they are grateful for report being happier than those who have a habit of revisiting negative things.

Gratitude doesn’t deny what’s wrong. But it keeps our emotions in balance so we can see reality clearly. It keeps the fear response from taking over, so our brain can function as strongly as our heart – so our reason is not shut down by negative feelings.

The speaker closed with these words of encouragement: “You can’t steal my peace. No one in any White House can silence Hope. At the end of the fight, there’s only one hand raised in victory. It’s not the one with the claw, it’s the one with the wounds in it.”

Let’s be peace for each other and in our passion for what’s right, be an example of trust in the One who created the universe and keeps us going at every moment.

You should all agree among yourselves and be sympathetic; love the brothers, have compassion and be self-effacing. Never pay back one wrong with another, or an angry word with another one; instead, pay back with a blessing. That is what you are called to do, so that you inherit a blessing yourself (1 Peter 3:8-9).