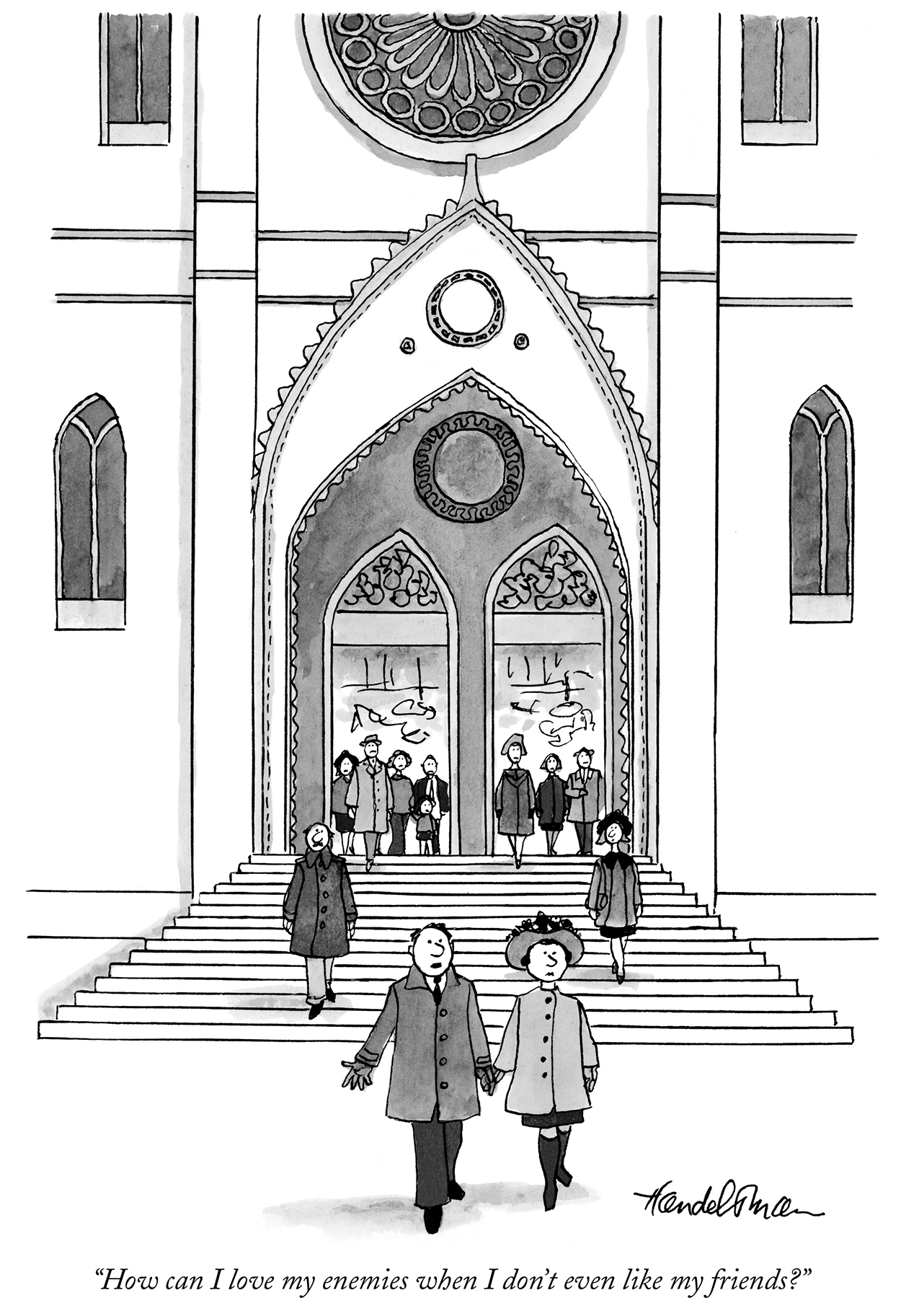 Here’s the secret: we don’t love our enemies as enemies, we love them as our brothers and sisters. We can do this by taking the long view, by turning up the “God channel” and turning down the “me channel.” Our ultimate good is God, not other people. If we concentrate on what we have in common with someone who has hurt us, or remember some kindness they have shown, we can “look above the clouds” of unpleasantness to at least be civil to them. Sometimes not hurting them back is as far as we can go to “love” them. But as with all virtue, practice makes it easier.

Saint Francis of Assisi said, “No one is to be called your enemy. All are your benefactors and no one does you harm. You have no enemy except yourselves.” We may, in fact, have enemies. But Francis points out that if we are able to keep our friendship with God strong while enduring pain, we become stronger in virtue, so the pain leads to a benefit.

That doesn’t mean we should go out of our way to be mistreated or put up with abuse. But there are plenty of times when people hurt us without meaning to. And we often hurt others when an old hurt we’ve been hiding comes to the surface. By carrying old wounds, we damage our relationship with others and with God.

Francis could have been thinking of the man in Second Samuel who called out to King David as he passed by, throwing stones and calling him a murderer. When the King’s men asked whether they should lop off the guy’s head, David told them, “What business is it of yours or mine…that he curses? Suppose the Lord has told him to curse me.”

In other words, some of the most hurtful words people say are beneficial because they’re true! The hurt enables us to admit to ourselves that there’s room for improvement in some area that we’ve been shielding. If we’re protecting a resentment or unresolved anger, it is certainly hurting others.

From this point of view, all are indeed our benefactors.

2 Responses to “Love Your Enemies”