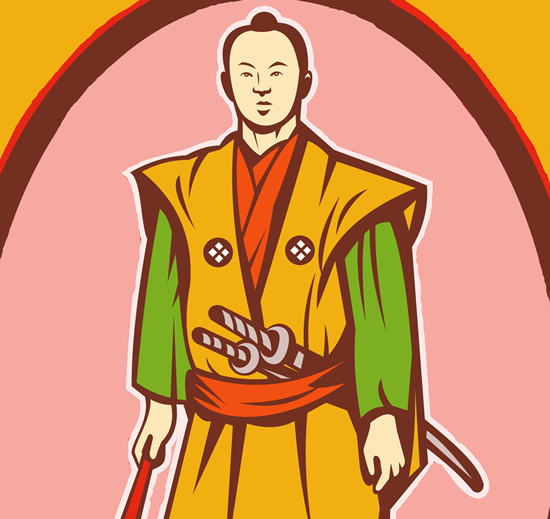 Temperance is the virtue that helps us pass up something pleasurable in order to attain a higher goal. Well-tempered metal, like a Samurai sword, springs back to its original shape when bent, and that’s the resilience that temperance gives us, too. …But hold back on something I want? Right now? Can’t we just remove this virtue from the list?

Hold on – you do it all the time without even realizing it. Let’s say you have $50 in your wallet and have promised $20 to a friend for gas money to get to a job interview. On the way to give your friend the money, you decide not to buy the $50 pair of cool sunglasses you see in the store window. Instead, you choose to hold back on the sunglasses for a higher purpose: helping your friend get a job.

Because temperance is primarily about bodily pleasure, here’s another example. Let’s say the same friend is allergic to strawberries. You probably wouldn’t make strawberry shortcake for his new-job-celebration dinner, even though strawberries are gorgeous and in season. You’d make peach cobbler, his favorite dessert, instead, even if you’re not a huge peach fan.

We all have an inner hedonist who wants more ice cream (or anything pleasurable) than he’s getting. Luckily, we have an even deeper part of us – the part that’s like God — that will hold back on a second serving if someone else would go without. That part – the generous part – is what we’re strengthening as we grow in virtue. When temperance gets stronger, all the other virtues get stronger, too. We’re angry less often and more engaged with the people around us.

I’m reading a book called Willpower. The authors, Roy F. Baumeister and John Tierney, point to scientific studies that show how “decision fatigue” depletes our ability to control ourselves and made good decisions. Actually, it’s the lack of glucose in our brain that depletes it. They say that making decisions uses up glucose in the brain at a rapid rate and if the glucose is not replaced by eating something, our ability to make hard choices may suffer.

For example, a prisoner is more likely to be approved for parole after the judge has had her mid-morning snack than if he appears before a judge who hasn’t eaten in a few hours. The researchers surmised it’s because a depleted brain simply makes the easiest choice. Like when you come home from a stressful day at work and snap at your spouse. The will is “bent” by the temptation to go the easy route, and glucose deficiency lessens the power (temperance) to “spring back” to override it and make the more generous choice.

One of the researchers quoted in Willpower experienced this herself when planning her wedding. At the gift registry, she and her fiancé were asked how ornate they wanted their china to be, which brand of knives they preferred, what kind of towels and which color, and precisely how many threads per square inch of their sheets. “By the end,” she told her colleagues in the lab, “you could have talked me into anything.”

Although prayer and practice will always be the best spiritual strengtheners, knowing the physical aspect of growing in virtue can help a lot, too. Pass the apples!

P.S. I originally posted this piece in 2014. A car commercial I saw the other day puts it in one sentence: “The ultimate expression of power is control.”

2 Responses to “The Samurai Sword of Temperance”