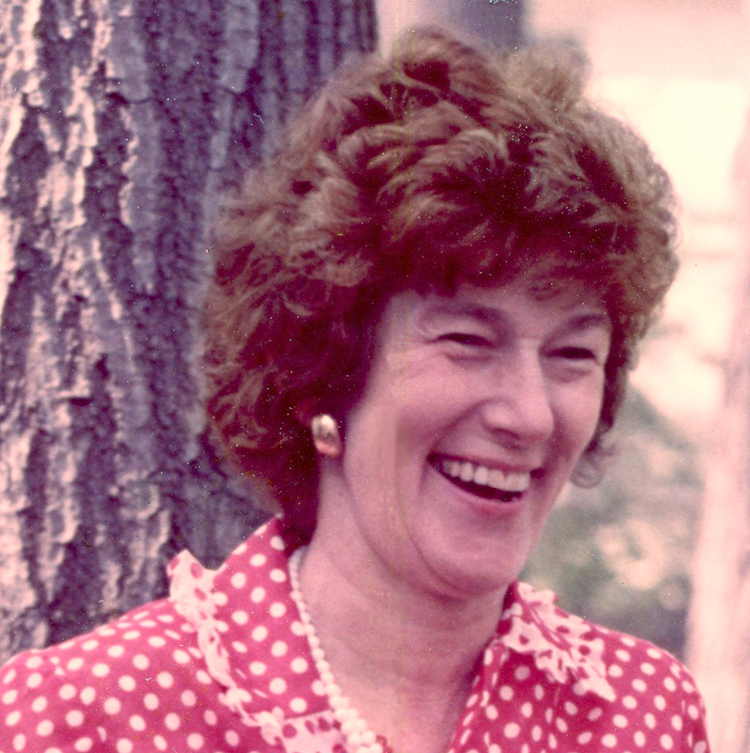 “Last words” get our attention. Soon before he expired, St. Louis de Montfort said this to his unseen adversary: “In vain do you attack me – I am between Jesus and Mary!” For him, death was the last battle and Christ the victor.

The last words of my beloved mother-in-law, Katie, were recounted by her daughter Betsy at Katie’s funeral in 2017. Katie was mother of 5, grandmother of 16, and great-grandmother of 16. And that’s not counting her family’s spouses, ex-spouses, friends, neighbors, and friends of neighbors who thought of Katie’s house as a home-away-from-home. Her son, Tom, once humorously nominated her for the “Nobel Prize in motherhood” (click here).

Katie was an inspiration to everyone lucky enough to know her. In honor of Mother’s Day, I want you to know her, too!

Betsy remembered Katie taking in a friend’s child so his mother could focus on an injured sibling. And when some baby squirrels fell from their tree, Katie became their surrogate mom, rising at night to feed them. “I am so lucky to have had a mom who would get up in the middle of the night to…nurture someone, or something else’s babies.”

Near the end of her life, Betsy said, Katie “had some pretty scary hallucinations. She thought that everything was going to burst into flames. After she calmed down, she asked what I thought was going on. I told her that I thought she might be dying. She said, ‘Well, I can do a better job than this!’

“The day before she died, she hadn’t been talking…. I told her that her nurse was coming in to help change her. Then, clear as a bell while kicking off the covers, ‘Oh here, let me get up.’”

A few minutes later she said, “This is going to be fun!”

And soon, surrounded by her family, she was gone.

Katie’s remarkable last words are true to her character. She died the way she lived, claiming her citizenship in heaven now, today; reminding us earthlings every day of the joy of heaven that is ours now, and for eternity. Katie Folsom, rest in peace.