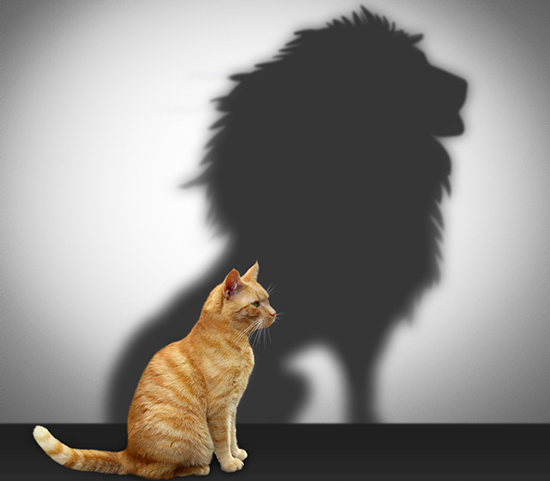 I call it “virtue soup.” Because there’s never just one virtue going on—it’s always a blending. Sometimes it’s courage and faith. Or courage and hope. Or courage and love. Or all of them combined with just the right seasoning to suit the situation.

Three everyday examples of courage
Courage is the will to go forward to do the right thing despite fear. I witnessed or experienced three examples this week. I hope they inspire you to ask where in your life you could be more courageous.

Courage and hope
The first example of courage this week was a presentation by Abby Johnson, author of Unplanned. She’s helped over 550 abortion workers who wanted to leave the industry. She said it’s not like “just get another job.” Leaving means having to face what you were involved in. For Abby, it meant leaving amidst the attacks, including legal attacks, of those who were not ready to face that. It meant courage fired by a “hope of things unseen” —that she would find peace on the other side of that battle.

She now spends her time helping others find the courage to leave the industry so they can enjoy the freedom and healing she has found. If you or someone you know is hurting after contact with the abortion industry, Abby is at http://www.abbyjohnson.org/contact-1

Courage and faith
My friend Rodger has tongue cancer. That is, he had it until successful surgery a few weeks ago. I saw him today—he’s talking and eating pretty normally now. But they found cancer in one of the lymph nodes they removed, so radiation and chemo are coming up.

He told me, “I’ve never felt more inner peace than I have now.” He described what happens when he’s attacked by fear. “I get little slaps and pricks, which make me fall into fear for a day or two. But I feel that, as I’m falling, Our Lady is stomping on the serpent’s head and scooping me up in her arms.”

With faith, Rodger is able to see the big picture. “This thing is so much bigger than just me,” he says. “I don’t want to waste any of it.”

Courage despite fear
I’m not comparing myself to Abby and Rodger, but for me this was a big deal.

Before I left for the Catholic Writers Guild conference last week, I had dinner with my friends Melanie and Laura. When I said I wasn’t ready to approach any publishers or broadcasters yet to collaborate, that I’d just wait for that till next year, my friends just about jumped over the table at me. “No!!” they said. “It’s now—there is no next year. NOW!”

Gulp. This was definitely the Holy Spirit.

So I decided to “go big” at the conference (mainly because I couldn’t face my friends if I didn’t). I introduced myself to famous people to tell them what I do—and then had very little to say after that. A little awkward. But I did it.

I even signed up for a “pitch session” with a publisher. That means I told them about the book I’ve been writing on virtue to see if they want to publish it. And guess what? They asked for a full proposal, which means they’re interested in taking the next step! Readers have been asking lately when I’m coming out with a book. So it may actually happen—I’ll keep you posted.

Everyday courage
Most of us have a chance to practice courage every day in small ways and big. My inspirations for courage since teenagehood have been two songs: “Don’t Rain on My Parade” from the musical Funny Girl and “I Have Confidence” from The Sound of Music https://www.youtube.com/watch?v=RV-6qbUHVww. Scroll down and share who inspires you to be courageous.